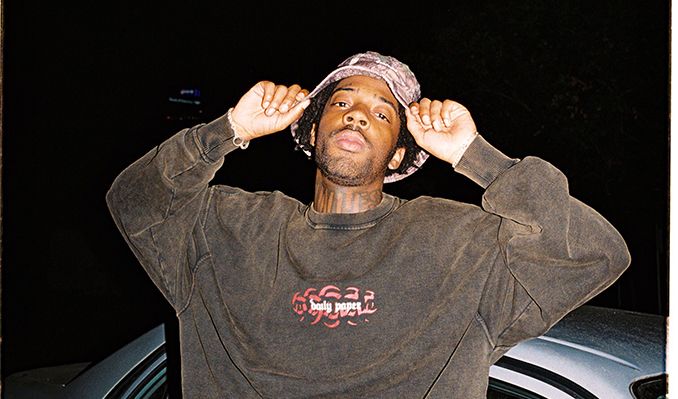 R&B vanguard Brent Faiyaz, released his highly-anticipated debut full-length project Sonder Son on October 13. The project marks a return to form for Faiyaz, serving as his first solo release since last year's A.M. Paradox EP, and proves to be an amalgamation of Faiyaz’s introspective yet relatable lyrics and authentically crafted productions.

The Maryland native plans on living forever through his music. Crafting a musical identity that slinks between the hero and the villain, the heartbreaker and the lovesick, the bold and the vulnerable, he walks a long and twisted path of multi-faceted complexity. Faiyaz has a supple, gentle tenor, with his distinct falsetto recalling the ballads of the ‘90s in technical ability and softness. Possessing a variety of influences from Frank Sinatra to Marvin Gaye, authenticity in his music is key.

Releasing his EP A.M. Paradox in 2016, Faiyaz quickly drew attention through noted singles including “Poison” and the EP’s centerpiece “Invite Me.” A warm, rich, layered and soulful release, A.M. Paradox placed Faiyaz’s gifts as a skilled vocalist, writer and R&B stylist at the forefront. Faiyaz’s vocal collaboration with Goldlink on “Crew" earned RIAA Platinum certification. The single hit #1 on Billboard’s Top Emerging Artists Chart, reached #16 on Rap Airplay, and at 15-weeks on the Billboard Hot 100 Chart holds #45 and climbing.

A member of trio Sonder alongside producers Atu and Dpat, the group delivered a proper introduction with the release of their first single “Too Fast” ahead of their debut EP INTO - dubbed by Complex as one of 2017’s Best Albums. Faiyaz's release of Sonder Son follows the INTO North American Tour with his band Sonder, where he performed in noted cities including Atlanta, D.C., NYC, and LA alongside bandmates and producers Atu and Dpat.

Official WebsiteFacebookMore InfoTwitter
*Service and handling fees are added to the price of each ticket.