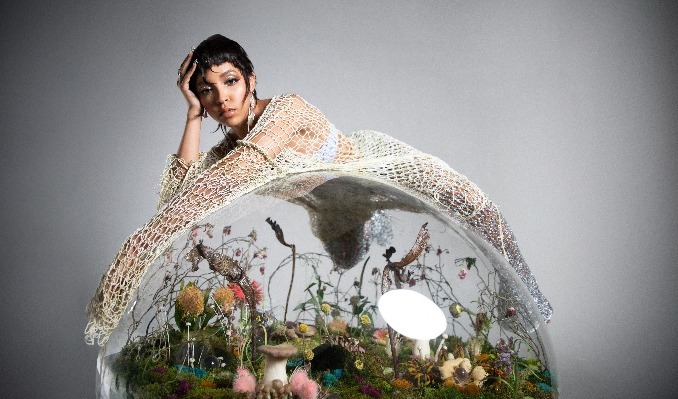 Tinashe is a singer-songwriter, producer and skilled dancer known for her electrifying, genre bending take on modern R&B and pop. The 22 year-old artist released her debut studio album, Aquarius, in 2014 on RCA Records hot off the heels of a slew of self-produced mixtapes and the #1, Platinum hit "2 On" featuring ScHoolboy Q. Aquarius, which Tinashe co-produced, continued to receive unanimous acclaim across the board well after release, appearing on many 2014 year-end best-of lists, including The Associated Press, Rolling Stone, The New York Times, Billboard, and many more. Upon releasing Aquarius after a slew of buzzed-about, self-made mixtapes, Tinashe quickly became one of the most talked-about and exciting emerging artists. In the wake of Aquarius, Tinashe covered magazines such as V Magazine and ACCLAIM,was honored as one of 2015¹s ELLE Women in Music, performed exclusively for Karl Lagerfeld, Chanel and Alexander Wang, was hand-picked by Janet Jackson to perform a tribute to her at the 2015 BET Awards and became the face of Ralph Lauren¹s Denim & Supply Fall/Winter 2015-2016 campaign. Now, with Joyride, Tinashe's vision and pop smarts come into even sharper focus, as evident on the album's lead single "Player" featuring Chris Brown and earth-shattering bass of fan favorite "Party Favors" featuring Young Thug. In a recent cover story, Dazed Magazine called Tinashe "her generation's most fearless R&B icon," noting that Tinashe creates a sound on Joyride that fuses 20th century pop ambition with an eclectic approach that¹s unimpeachably modern.

Official WebsiteTwitterMore InfoFacebook
*Service and handling fees are added to the price of each ticket.